What motivated you to write Economies of Design?
It’s a project that I’d had in mind from the early 1990s. That was following the decade of Margaret Thatcher as Prime Minister in the UK, President Reagan in the USA and the fall of the Berlin Wall in 1989. The 1980s had been such a tumultuous decade in terms of changes in economics and design and I wanted to explore that in a book. Well, the years passed and I eventually got round to writing. But of course a lot had happened since the 1990s: the internet, China, India, the financial crash of 2008 and lots more. 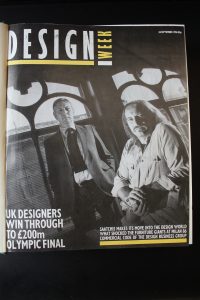 You seem critical of neoliberalism, right?
Absolutely! As Naomi Klein said at the UK Labour Party conference in 2017, ‘neoliberalism has waged war on the popular imagination’. And frankly speaking, I think neoliberalism has been bad for the environment, social equality and the way we value culture. And design has been heavily implicated in all three of these. But I don’t think it’s enough to just grumpily reject it. We have to understand its processes first and the role that design has played in it.

Your book talks about ‘financialization’. How is this related to design?
Financialization has come to dominate neoliberal economics, particularly since 2000. It’s about foregrounding profit on such things as investments, rental, assets or intellectual property over other things such as product or service sales. As such, it is concerned with the future value of something — its ability to produce return on investment. Design creates assets in two ways: one is in giving something market value in the future; the other is more symbolic or semiotic — in signalling that something might be of value in the future. This last idea is tricky. It’s about, if you like, giving a sense that positive economic change is happening.

How can designers respond?
First, I think designers need to be a lot more informed about the economic contexts in which they work. Second, they might work out ways of working outside, or at least only partially, mainstream neoliberal systems (I give examples of a cooperative in Argentina or a creative timebank in the UK in the book). Third, and this is probably a challenging idea, I suggest that designers could think about how they make transparent the economic processes that objects are part of within the design of the objects themselves. The Fairphone company is an interesting example of this last one.

Should designers learn economics then?
Not entirely. I think there is some general stuff that they should understand and I hope my 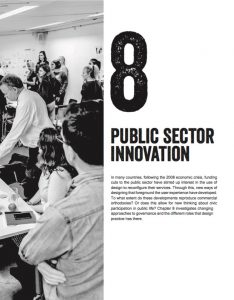 book will be helpful in this. But I remember the economist Yanis Varoufakis responding to a similar question about whether children should be taught economics. ‘Absolutely not!’ was his answer. They should learn music, art, literature, science, geography, history and so on. Things from which they can have a critical perspective on economics. It’s the same, mostly, for designers.

Has your thinking on design changed since you wrote The Culture of Design?
Of course. It’s always changing. I think a key thing that Economies of Design captures that The Culture of Design only begins to deal with is this idea of dynamics. What drives change in design? In the earlier book I was dealing more with locations and assemblages such as cities of the digital and material ecologies of smartphones. In Economies of Design I focus more on the transformative processes of neoliberalism and design:  how we are disciplined into certain capitalism-friendly behaviours, how notions of future value are conditioned by aesthetics, how intellectual property creates monopolies and so on. And then we have to remember that there are many attempts to be re-directive of these tendencies, such as to be found in the Slow City movement, Transition Towns, horizontalidad and, sometimes but not always, through open innovation.